Mr P Dwarakanath is the Former Chairman of GSK Consumer Healthcare Ltd, was also associated with Max Group. He brings a rich and varied experience of over four decades. Prior to this, he was the Director – Human Resources and Administration, India/ South Asia of GlaxoSimthKline (GSK) and associated with GSK for close to four decades. He was also a member of GSK’s International HR team. 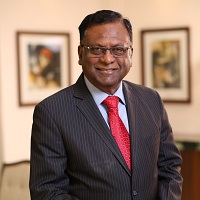